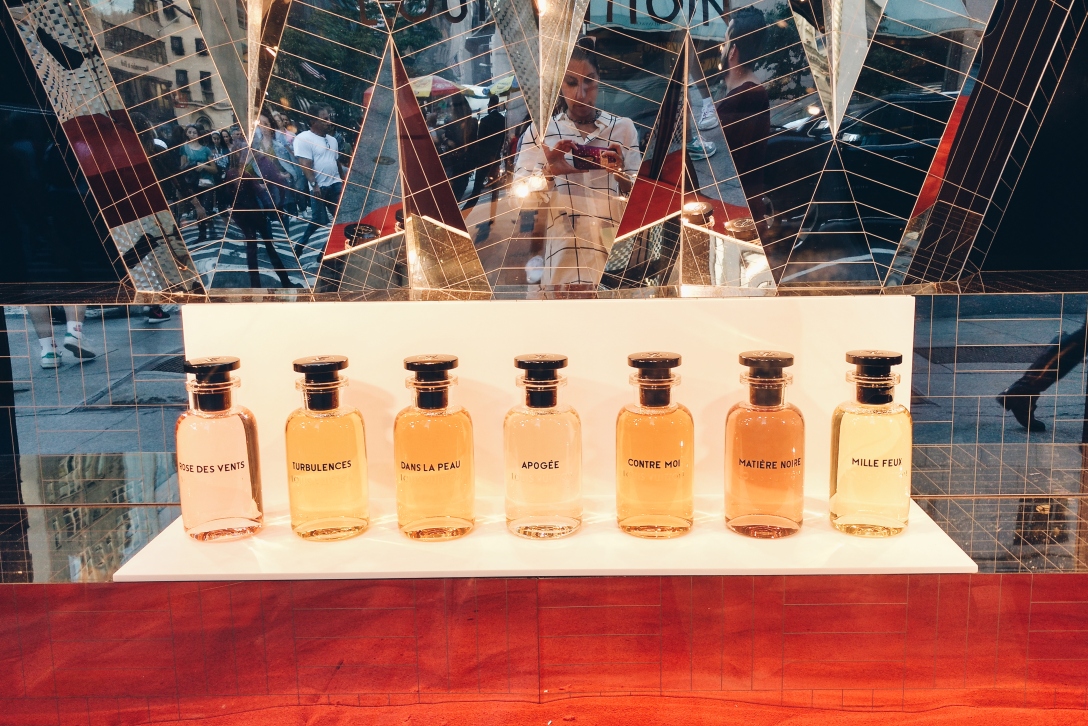 Madison Avenue.
A street for fashion dreamers.
So you can imagine my surprise when I stumbled upon it! 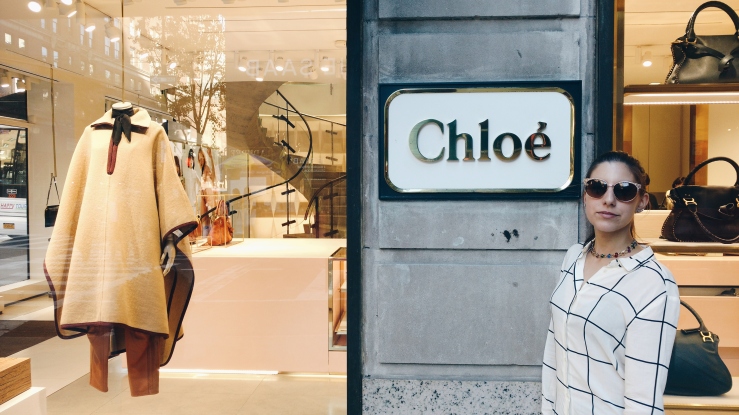 My intentions were to head over to that area to visit the Laduree. If there is an opportunity for me to have a taste of Paris while I’m in another city, I will take it! In case you don’t know what Laduree is, it’s a French pastry shop and the only locations outside of Europe were here, with me, in New York City. 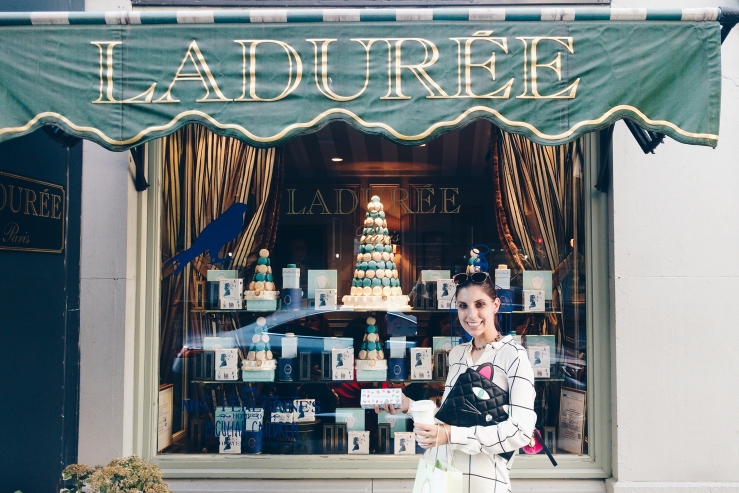 It’s got a real Marie Antoinette vibe to it, and it has the best macaroons in the world. Believe it or not, J and I decided that the macaroons we had at this Madison Avenue location were even better than Paris. The two best flavours we had were ‘The Blonde Salad’ – Chiara Ferragni’s signature flavour – and a black currant violet flavour. They were out of this freaking world! I can’t express in enough words what a “flavour explosion” these were, as soon as you bit into them. We also tried the Miss Peregrine flavour (limited time, New York locations only, I believe) but it was quite terrible. 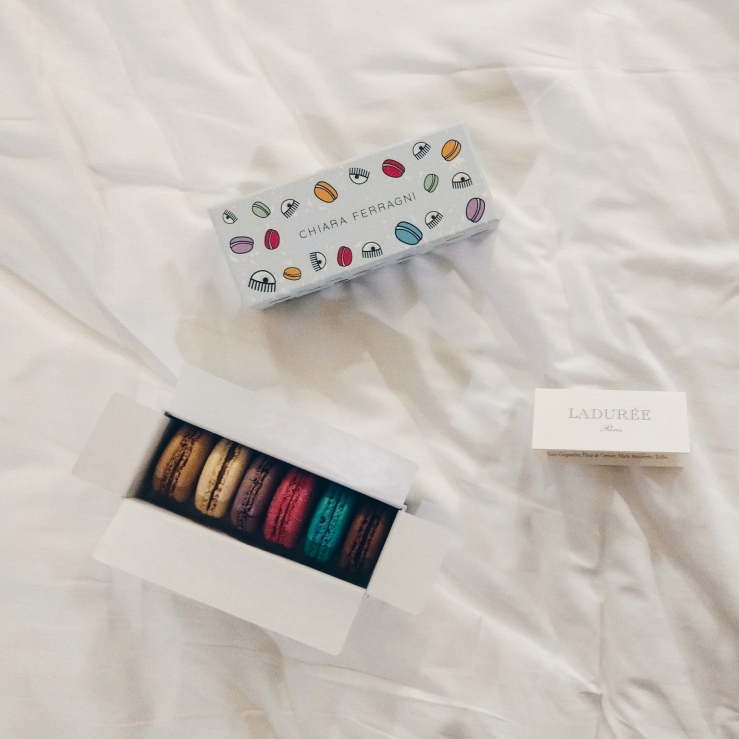 If you’re unaware, I LOVE CHIARA FERRAGNI! She’s an Italian model and designer who is just out-of-this-world beautiful. When I saw on her Instagram that Laduree was creating  a limited edition box for her, I wept. I didn’t think it would be in my cards to add one of these macaroon boxes to my collection, because I had just come back from Paris – who knew when I would go back! I didn’t think that these editions would be available in New York! I’m so happy to add this box to my slowly growing (real slow – I’m at two) collection of Laduree boxes!

Now, as I’ve mentioned before, I’m an educator. There’s no big pay cheque that comes along with that career. And, as such, Madison Avenue was a pleasure for the eyes and that’s about as far as it went.

I was immensely envious of  those I saw shopping in stores like Chloe or Chanel. I spent most of my time wishing I was a lottery winner who had money to just fan myself with, as I entered these stores. I knew I wasn’t fooling anyone when I went into Chanel; no clerk walked up to me to ask me if I needed help (until I was in perfume; anyone can afford perfume!). It’s a mean thing to assume about an individual who has the potential to be a paying customer, but in my case, it was totally valid – haha! 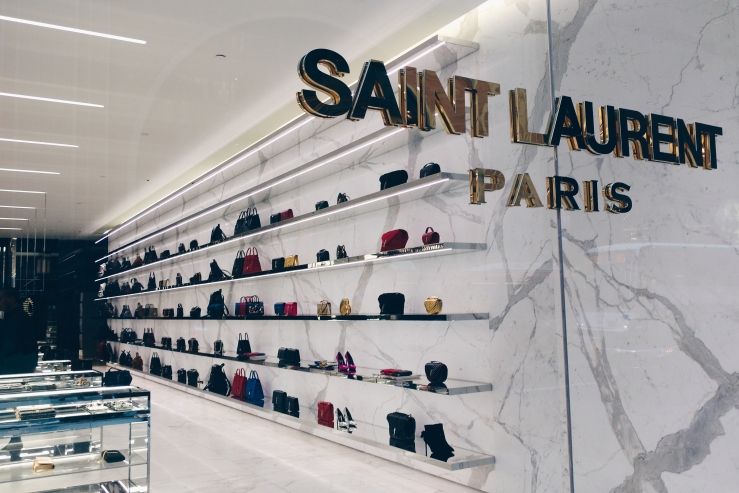 Window shopping was enough. I loved to imagine myself with the collection of YSL perfume, the funky Prada bags of the season, and the cape coats in Chloe windows. It’s nice to dream. And I’m not known to be a dreamer for nothing! 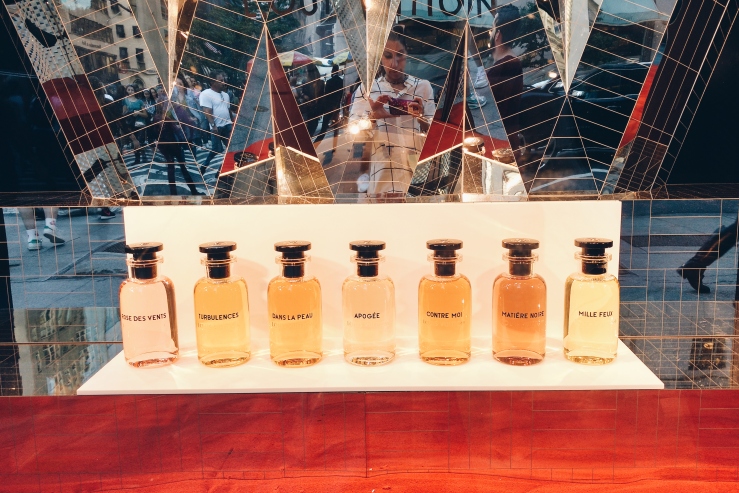 If you were on Madison Avenue and were given the opportunity to buy ANYTHING you wanted, no questions asked, money was no issue, what store would you stroll into, and what would you buy? Let me know in the comments!