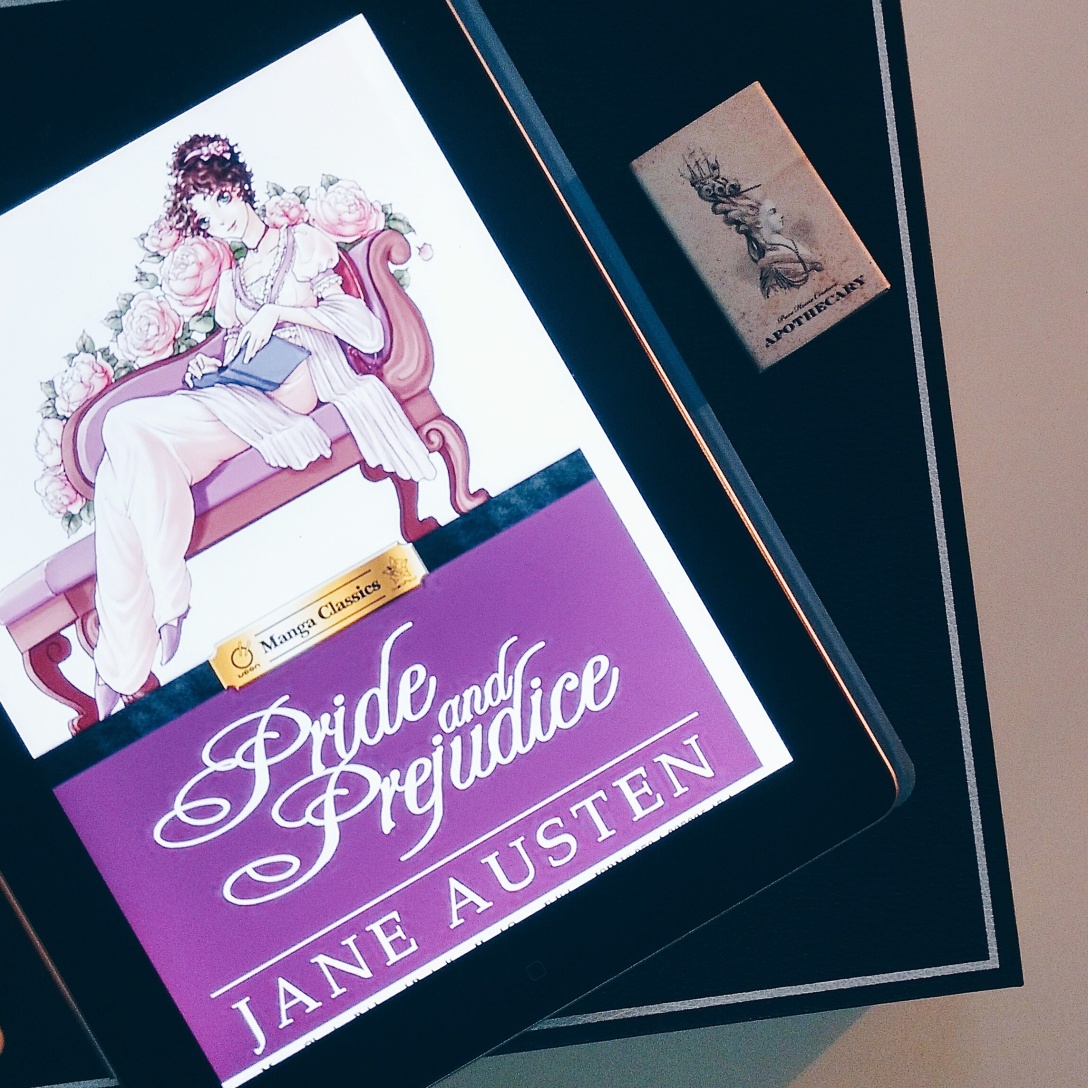 I received an advanced copy of this novel. My review is in no way influenced by this.

Pride & Prejudice in a manga format was immensely exciting to me! But to adapt Jane Austen’s awesome novel into an edition such as this was an ambitious one.

I found the text and dialogue chosen to be appropriate and to tell the story in a smooth and easy-to-read format. I flew through this book with little difficulty grasping the story’s progression. I found the art/illustrations of the characters to be quite beautiful. But, despite it being a manga (and, as such, the next being expected), I found the exaggeration of character drawings and the “Japanese style” emotions displayed with sweaty foreheads, chubby characters having meltdowns, lines of expression around bodies of characters to symbolize movement and jumping in excitement or panic, and some of the way that the protagonist’s’ self-thought was shown to be very silly. Pride & Prejudice is such a classy, sophisticated, and romantic novel, and it could have been adapted in manga format without getting silly and ridiculous.

I think for someone who is unfamiliar with Jane Austen’s writing or feels a bit threatened by the text, this manga edition is a great introduction to her story, Pride & Prejudice. I will definitely recommend this to a few students who know of Austen but never felt inclined to read her works. It’s on the right track but overall didn’t impress me too much.

Overall:
2/5
Pros: lovely illustrations, nice and easy flow, good introduction to Austen
Cons: ridiculous “manga” art that doesn’t fit with the story, didn’t add to the story in any way (I prefer reading the novel)